Your chance to shape Cardiff 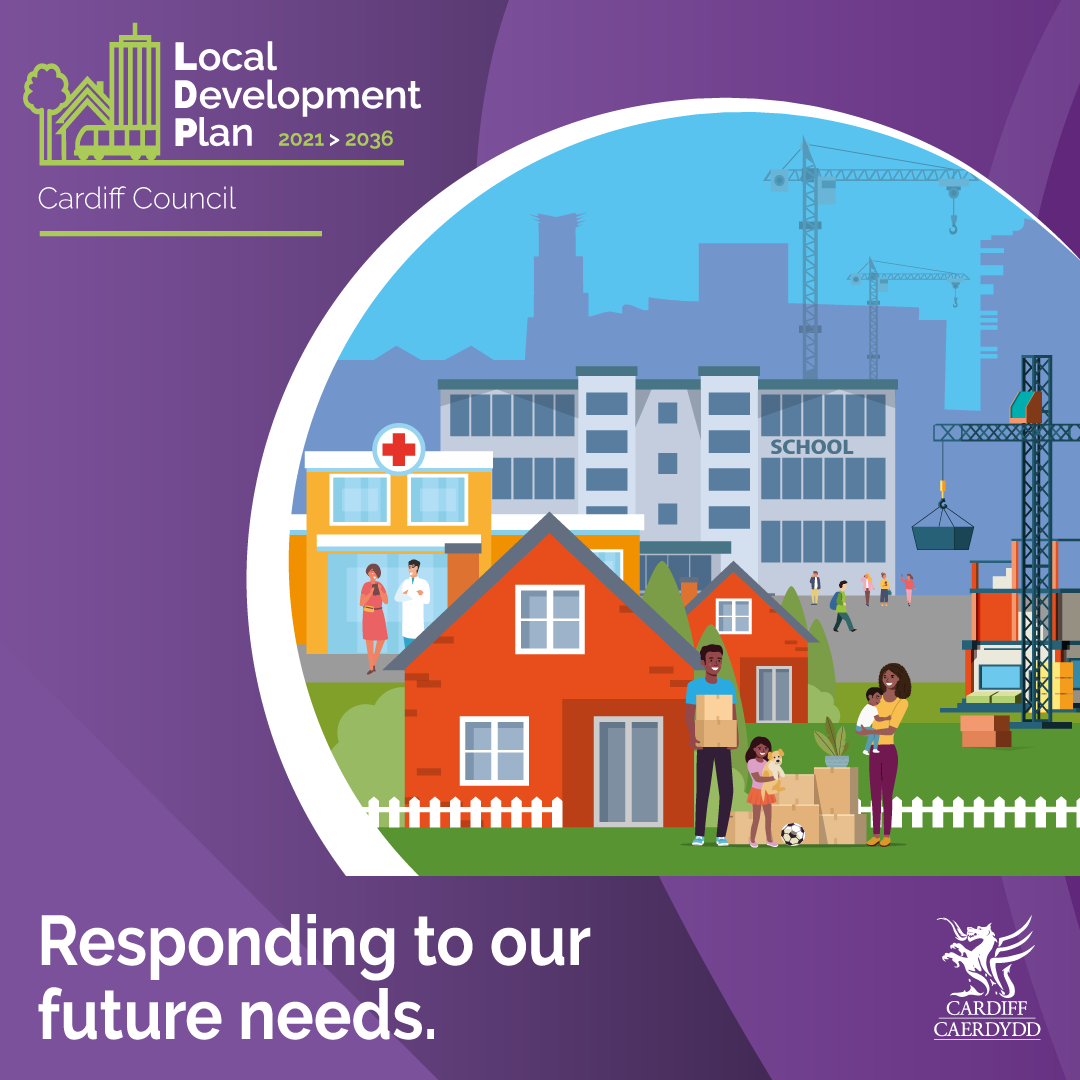 Soon you will all have the chance to shape the look and feel of Cardiff in the future (more about that later). But first, we need to talk about planning.

Because let’s face it, whether it’s a proposal to build a high-rise just around the corner, the struggle to find an affordable place to live, or something as simple as building an extension to your kitchen, planning affects all of us.

But how does it work?

Truth is, it’s complicated and giving you chapter and verse on social media is:

But in a nutshell, as the local planning authority, we set local planning policy and have responsibility for deciding if planning permission should be granted for everything from that kitchen extension, to that stadium, and everything in between.

Basically if somebody wants to build it. They need to ask us first.*

But like all planning authorities we have to work within laws, policies and frameworks – if we don’t then those decisions can be overturned, potentially costing taxpayers hundreds of thousands of pounds.

So who makes these decisions?

Well (and this is where it starts to gets complicated) that depends. Planning Officers put together a report considering the relevant legislation, policies, consultation responses, the site, its history, the size of the development…the list goes on!

If you’re building an extension, or converting your loft, chances are (yes there are some exceptions…and yes it is complicated) one of those Planning Officers and a Planning Manager will make a decision to approve it (or not). But if you’re looking to build a stadium, or a block of flats then the Planning Committee would decide.

The first thing to say about the planning committee is that it operates outside the politics of the council – so it’s not under the remit of the Council Leader (or the members of their political cabinet).

The committee is made up of elected councillors from across the political parties. Their role is to look at all the evidence presented to them fairly and objectively – a bit like a court.

And just like a court, the decisions the committee makes have to be backed up by law.

Even if a proposed development is unpopular, if all the legal requirements are met, the committee can’t turn down the application without risking a legal challenge from the developer, and potentially huge sums of public money.

One thing the committee can do is place conditions on developers – essentially make them do things that weren’t in their original plans. Things that can help to address the concerns raised in people’s objections and try to ensure communities aren’t adversely impacted by the development.

Depending on the proposal, it could be that they have to plant additional new trees or carry out landscaping works, maybe they have to install extra sound-proofing measures or limit their operating hours.

They might also have to pay for vital community infrastructure. In Cardiff, over £100 million of these payments, known as ‘106 contributions’ have been negotiated since 2016/17. Helping to pay for things like play areas and schools.

All because of the planning committee.

And even though Cardiff’s population is growing a bit slower than expected a few years back, it’s still growing fast, there’s already a big waiting list for housing, and the city is going to continue growing, with or without those new homes.

Ultimately there’s a choice, we either make space available for new homes to be built, or people (and public services) struggle with the impact of a housing crisis.

So we need more homes. And like it or not, those homes have to go somewhere.

The key is making sure that developers build the right buildings in the right places.

That’s where a Local Development Plan (LDP) comes in. The current LDP has, for example, resulted in 32% of homes built in Cardiff since 2017 being ‘affordable’ (not bad going, compared to the 12% managed in Leeds over the same period, or the 25% managed in Bristol last year).

These plans are reviewed every 4 years and they basically set out local planning policies, so developers know which areas are suitable for development, and what type of buildings the city hopes to see built there.

The LDP is supported by supplementary planning guidance – additional technical detail on the policies in the LDP, which covers things like:

Every four years residents get to have their say on all of those things, helping to shape the look and feel of the city – and your chance is coming soon. Watch this space for more information.

*Caveat (we did say it was complicated): not everything needs planning permission – minor works may be allowed under ‘permitted development’ rules.